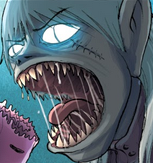 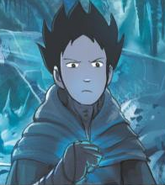 Add a photo to this gallery

After her husband, David died in a car crash, Karen took up the task of raising her two children on her own. As raising two kids alone in the city proved itself to be a challenge, Karen decided to move into her grandfather's house in the countryside.

The night she and her family moved in, she was abducted by an arachnopod ordered to bring her to the Elf King. While in the beast, she was stung and poisoned by the potent venom, resulting in her falling into a comatose state. These events resulted in Emily needing to go to Kanalis within the second book to find an antidote for the poison. The mission proved successful and she was cured.'

She stated that since Emily and Navin were born, she got used to operating without sleep.

Retrieved from "https://amulet.fandom.com/wiki/Karen_Hayes?oldid=17095"
Community content is available under CC-BY-SA unless otherwise noted.