Firelight is the seventh installment in the Amulet series.The book was published by Scholastic on February 23, 2016.

Emily, Trellis, and Vigo visit Algos Island, where they can access and enter lost memories. They're hoping to uncover the events of Trellis's mysterious childhood -- knowledge they can use against the Elf King. What they discover is a dark secret that changes everything. Meanwhile, the Voice of Emily's Amulet is getting stronger, and threatens to overtake her completely.

The first scene shows Emily as a young girl hiking with her dad in the woods. After a while, it becomes clear to Emily that this is only a dream. When she wakes up, her friends are searching for Algos Island, the complication is, that it is on no map. Once they come across it, they find that it is simply a supply station filled with memory ghosts that Stonekeepers had killed. On the ship, stowing away, is Gabilan. He tells them his story after he is found out. After that, he takes Emily andTrellis to a high-powered submarine, where they then go to an underwater cavern containing an abandoned spacecraft forgotten by the Cielis Guard. After the war broke out they could not investigate further, as Gablian explains. They arrive at the Nexus, where he keeps all his stolen memories. Gabilan himself cannot enter the memories, but he can view them. Stonekeepers are the only ones who can enter the memories, so Emily and Trellis are sent into the Nexus. First, they go through Trellis's memory, where it is revealed that The Voice is a servant of aliens who want to make Alledia their new home. After that memory, Trellis wants to go back through the gate. But Emily rushes into another gate, driven by her stone, and followed by Trellis. There, they see Emily's memory, where it is revealed that a depressed man was the reason Emily's dad swerved and crashed over the cliff. Emily uses her powers to save her family, but after she does so, she is ordered to kill the man by her father, who is actually the Voice in disguise. Trellis tries to reason with Emily, but is told to stay out of her way. The younger Emily tells Trellis to find her and bring her back, and Trellis states he'll do his best.The Voice uses the memory to subdue Emily into his plan. Emily can't fight the voice, even with Trellis's help, and becomes consumed by the Voice, turning into a huge phoenix. She is ordered to kill Trellis, but he escapes, just as the Nexus explodes. Emily escapes, though, into the sky. Vigo says quietly, Emily is gone. Meanwhile, Navin  and his gang work up with a chef and some Elf pilots to get to  Valcor, where a space project had been hidden and is about to be taken to an Resistance base orbiting Alledia, Navin, his gang, Emily's mom, and the rest of them, besides the stonekeepers, test out the rocket, just as Emily is ordered to kill them to make the Voice's plan begin. In the void Emily's stone controls her and she changes into and firebeast 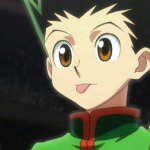 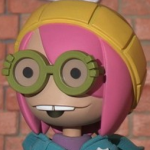 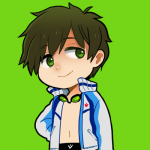 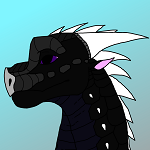