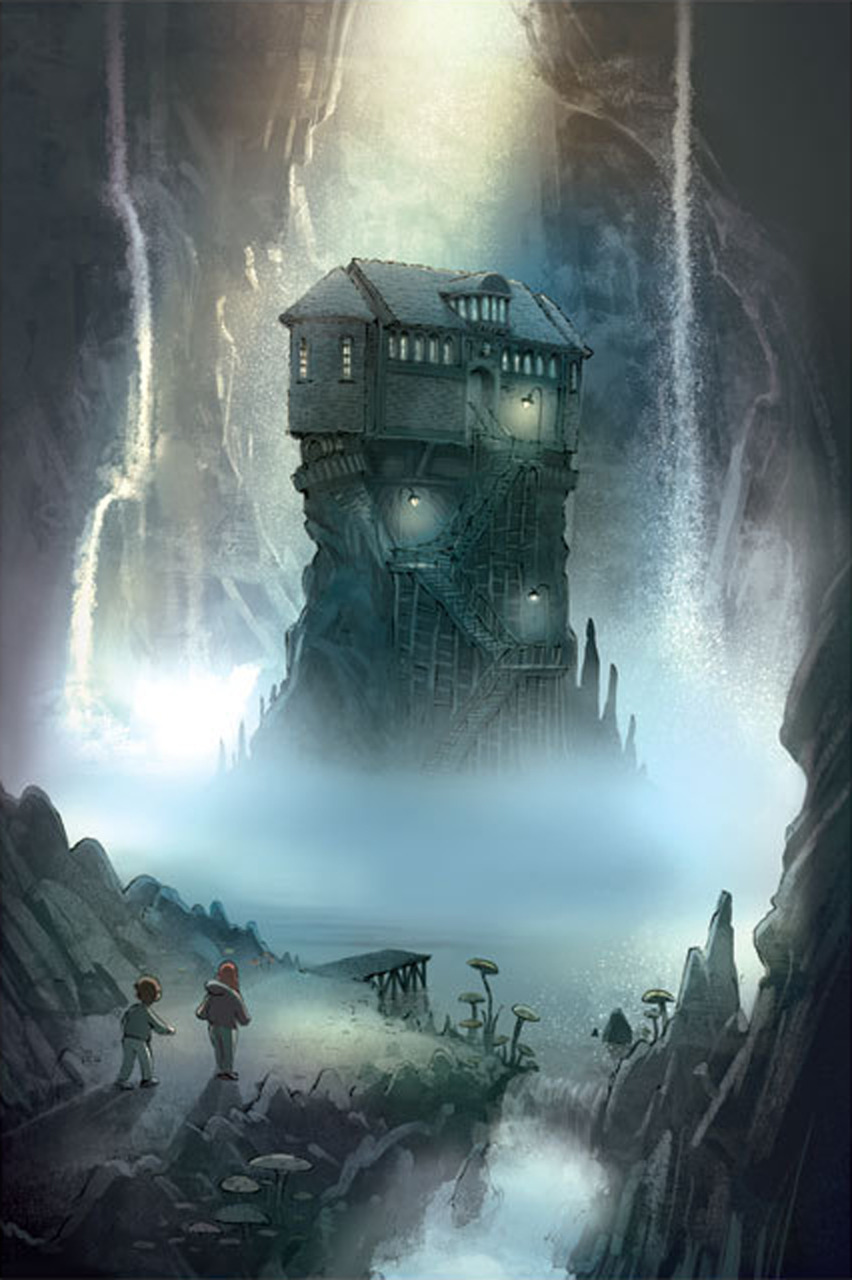 Seeing as the release date is tomorrow and some people have already managed to read the book, I wanted to begin a new thread for the next book. Please keep in mind that the following comments may contain spoilers for Book 6, so I advise those who haven't read the new book to refrain from reading or posting until after the fact.

To start off the discussion, what I want is:

- Gabilan. He was nowhere in Book 6, but according to Kazu, he will return, and I'm assuming this will happen in the next book. I love this character and he obviously has some ulterior motive behind helping the Elf King.

- I'm starting to have a feeling that Kazu is aiming to pair up Riva and Trellis at some point in the story. If this is his intention, then I'm definitely open to it, so as long as it's not forced or an interference to the story. I don't like Trellis X Emily.

- Mecha battles! The last time we saw a mecha fight was when the Charnon House fought a giant Luger. So far, all the Colossus seem to be useful for are exploding before they can even actually be deployed. I want some ROW ROW FIGHT THE POWAH action!

- Have Emily see her father again... perhaps in the Void. Trellis was able to see and speak to his uncle Virgil, so why not? I think this will provide a very heartfelt moment for Emily.

- Earth. If anyone recalls, I think it was in the third book where the Voice told Emily that Alledia wasn't the only world in trouble and that her world, too, was in peril. I want part of the action to take place on Earth.

- And of course, we need to see the Elf King's face!

(edited by John Lee Gamma Guild Team Vi Hart)
0
Sunny flight wrote:
Yeah , i got the book today and I've been in a slump since ( only on matters of shipping i thoroughly enjoyed the rest)

I Super Adore Tremily ! , I feel Riva And Trellis  are too cliche, with the fated meeting and such.

But i didn't really think Tremily was going to become cannon since different species and age ( But I WANT IT TO BECOME CANNON SO BAD) I feel so conflicted since Riva seems super cool and it would make sense if they got together since he'll (hopefully) be king and she was a mayor so she has a group of the elves trust so it would make sense if she was queen.

But i Still want Trellis and Emily to get together ;( especially since all the friendship development in book five

yes this needs to be a thing i love them toghtever (TREMILY) and i hope it dose ...

(edited by A Fandom user)
0

I would like to see Gabilan return and I would like to see how the scene plays out when Trellis had his memory erased. I would not like Riva to end up with Trellis unless there is a moment where he saves her or something, also the elf king should not show his face, it would make him less mysterious. I think Emily should see her dad and Karen should have a past in Alledia, possibly her memory of the place was erased by Silas so she could live a normal life. Also I noticed it seems there is a mistake with Vigo's son, David or Daniel, seems to die twice, but did anyone think maybe Vigo had two sons? It is possible and maybe will be more clearly explained in the new books.

(edited by A Fandom user)
0
Also it should be explained how Trellis gets his scar.
(edited by A Fandom user)
0
Quote:
I would like to see Gabilan return and I would like to see how the scene plays out when Trellis had his memory erased. I would not like Riva to end up with Trellis unless there is a moment where he saves her or something, also the elf king should not show his face, it would make him less mysterious. I think Emily should see her dad and Karen should have a past in Alledia, possibly her memory of the place was erased by Silas so she could live a normal life. Also I noticed it seems there is a mistake with Vigo's son, David or Daniel, seems to die twice, but did anyone think maybe Vigo had two sons? It is possible and maybe will be more clearly explained in the new books.

Trellis probably got his memories erased by the King himself, or by someone following his orders, in order to keep a bigger secret that hasn't been uncovered yet. Or even, everyone's (at least every elf’s) memories could have been erased by the voice, to hide the secret that the King is a dead puppet, if his death actually came to be public.

Riva seems to be an interesting new character, but we still need to see more of her story and more character development. I just hope that this doesn't go on like Max's story did: a nice new character, has everything to be a really good addition to the group, betrays them for no apparent reason. (until his end when that's explained, I know). But I have a feeling that with Riva it's going to go differently. She seems more trustworthy than Max ever was, even before his betrayal.

About the King's mask, I think that it should stay on. I don't even care about what's behind it, now that we know the king is dead, and it really adds up to the mystery behind his character. Nevertheless, it would be really great if, when revealing the truth about the King to the rest of the elves, Trellis could actually unmask him. Figuratively and literally. Just imagine the mask thrown upside down on the ground with the words 'The Elf King is dead' being said, or just written on the page. That'd make for a great scene.

About David, Emily is probably going to see him, in the void, in some other illusion, or even in her dreams. But I hope that she actually gets to achieve her full powers with the stone and manage to turn back time as Silas told she would eventually be able to do when they first met. It's kind of sad that was also their last encounter, we could really use some more instructions. And, if i remember well, all of Silas's thoughts and memories were uploaded to Miskit's system, which means they have a whole lot of information that's being completely ignored. I kind of hope Kazu hasn't forgotten about this.

It is, indeed, completely possible that Karen has a past in Alledia. It doesn’t seem logical for Silas to skip a generation, and not pass the stone to karen, unless he was selfish and wanted to try to master it all by himself. Nevertheless, it’s possible that he did try to train Karen, but it didn’t go well, or se decided to leave and try to live a normal life, away from all of Silas’s world. If that happened, Karen wouldn’t necessarily need to have forgotten that, but she would naturally never mention it to the kids, in order to try and protect them from Alledia, and try to live a normal life.

I also thought Kazu had mistaken the names there with Vigo’s son, but it would make a lot of sense if he had two of them. And also, taking a wild guess here, I know that names aren’t restricted to a single person, but, if that’s true, David Hayes, Emily and Navin’s father, could be Vigo’s son. I don’t know what that would mean, but they would be all in family XD

Apart from this, I have some questions about the nature of the voice itself. Could it be that the mother stone was a sentient being, with a mind and voice, and when the founders of Alledia cut her in pieces to harness its power, she got angry and is now seeking revenge by creating the war and trying to take control of Alledia? Or could it be some kind of entity that possessed the stones and started to haunt their keepers? What do you think?

And seriously, please stop with this Tremily thing. I don’t care who you ship and who you don’t, but we’re in this thread to discuss the plot, and not just romance. I’m saying this because this sometimes starts to flood the thread and I can’t read the good posts because of a lot of this Tremily nonsense. There probably already is another thread for this specific matter.

When does book #7 come out? I hope the longer wait pays off.

And I’m pretty sure it will.

What do you think?